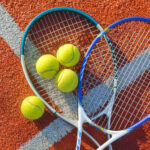 23-time Grand Slam champion in women’s singles, former world number one American Serena Williams hinted that she would soon end her career. “I think there is already a light at the end of the tunnel. I’m getting closer to the light, so…. I can’t wait to get to this light, ”Williams is quoted as saying […] 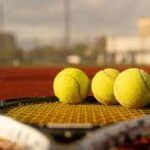 23-time Grand Slam champion, former world number one American Serena Williams made it to the second round of the WTA-1000 tournament in Toronto (Canada). In the first round match, 40-year-old Williams defeated Spain’s Nuria Parrizas-Diaz (LL) 6-3, 6-4. The meeting lasted 2 hours and 1 minute. Serena filed through seven times, made three double faults […] 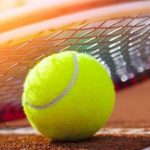 Read more on “Championship”: Two-time Grand Slam champion, former world number one Romanian Simona Halep confidently reached the second round of the WTA-1000 hard tournament in Toronto (Canada), beating Croatian Donna Vekic (Q) with a score of 6:0, 6:2. The duration of the meeting was 1 hour and 1 minute. Halep filed right through four […] 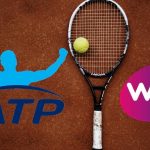 The 12th ranked player in the world, the British tennis player Cameron Norry commented on the defeat of the first-ranked Russian Daniil Medvedev in the final of the ATP-250 tournament in Los Cabos (Mexico). Norri failed to defend the title won in 2021. Medvedev (1) beat Norry (3) with a score of 7:5, 6:0. The […]

Kyrgios saves 5 match points, the Japanese continues his way, the Swede reached his first ATP 500 semifinal Tonight, August 6, the quarter-final matches at hard tournaments in Washington (USA) and San Jose (USA) ended. Tennis is a sport in which every day there are sensations and fiery matches. This is how night tennis in […] 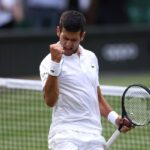 In the match for the title, the native of Moscow, who played under the Russian flag until 2018, won a strong-willed victory over the second racket of the world Ons Jaber from Tunisia. Wimbledon. Final Yelena Rybakina (Kazakhstan) – Ons Zhaber (Tunisia) – 3:6, 6:2, 6:2 Both tennis players played in the final of the […]

Novak will play against Kyrgios in the deciding match of the tournament First seed Novak Djokovic reached the men’s singles final of Wimbledon 2022. In the 1/2 finals, the Serb beat the British Cameron Norrie. The tennis players spent two and a half hours on the court. Novak lost the first set, but won the […]

The winner of the Masters Series in Miami, Spanish tennis player Carlos Alcaras Garfia, said he was determined to win the Grand Slam this year. “I would tell you that I am ready, I am confident, and I am ready physically and morally. Maybe it won’t be Roland Garros, but I can definitely win this […] 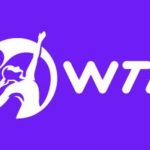